Getting to Know You: Zoë Sharp

In a break from the norm, my friend Zoë Sharp has agreed to let us get to know her fabulous protagonist Charlie Fox and how the character continues to fascinate. I hope you enjoy learning about Charlie as much as I did. 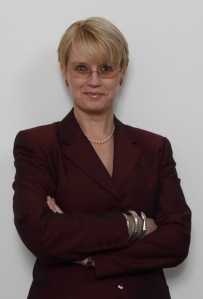 I first met Charlie Fox more years ago than I care to remember. She was already angry, wounded, likely to lash out if you caught her on a bad day. I knew she’d been a victim and was determined not to be one again, that she still suffered the nightmares. I knew she was average height, had reddish-blonde hair, a dark dry sense of humour, and was more attractive than she gave herself credit for. (But call her pretty and expect a smack in the mouth.) I knew she rode a motorcycle, had learned the kind of self-defence skills I could only dream about, and right from the start I knew her name.

I wanted to know everything else about her.

But back then the only place Charlie Fox existed was inside my head. There was only one way I was going to discover more and that was to prise her out of there and spill her secrets onto the page.

I can still remember those first experimental scenes, trying to coax her into talking to me. It wasn’t until I used first-person voice – Charlie’s voice – that she did. I should have known she’d want to be the one in control.

I remember taking one of those early character sketches to a local writing group I was thinking of joining. It was an action scene set in a close-protection training school. Part of Charlie’s mind knows what’s happening is just an exercise, designed to test her responses under stress. Another part reacts totally on instinct and reflex, flattening her opponent with, as I recall, an old-fashioned desk telephone.

The writing group, as it turned out, was a collection mainly of poets and those with rather more literary aspirations. They made it clear they were probably not quite my target audience. Only one comment from their number remains in my mind: that she really hadn’t thought my piece was the kind of thing she would enjoy…

On balance, it was a better result than I might have hoped for. (I didn’t join the group, though.)

But having persuaded Charlie to open up to me, she then became demanding. I was going to tell her story – not from the very start, but from the moment she started to climb back from the depths of despair. Her fall from grace was behind her. She wanted to tell me the story of her rise from the ashes. Of how she took back her life in the face of fear. She wanted to tell me about discovering her killer instinct. 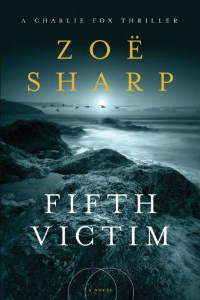 That was ten years ago. Since then, Charlie has gone from teaching those self-defence skills and has moved into the world of close protection. For ex-soldiers like Charlie it’s a logical career move. And it allows her to use her instinct and abilities to their full extent – and in one of the few ways that’s going to keep her out of jail.

Charlie’s journey has taken her from a small northern town in England, via Germany, Florida and Ireland, to living in New York City. She’s rediscovered her first love and almost lost him again. She’s rebuilt a tenuous relationship with the people she thought would never understand or accept her – her own parents. She’s been willing to die to save the lives of those she’s sworn to protect. She’s killed – not always to do the same.

Right now, I’m writing the tenth instalment in Charlie’s life, not including short stories. She continues to intrigue and fascinate me as a character. Over a million words in and counting, she still has more to say.

Just out in the States this month – FIFTH VICTIM: Charlie Fox book nine

Where it all began – the first book in the series – KILLER INSTINCT: Charlie Fox book one

Zoë can be found on Facebook, Twitter (@authorzoesharp) and blogs regularly on the award-nominated group blog: Murderati.com

This entry was posted in Author, Getting to Know..., Writers and tagged character, read, write, writing. Bookmark the permalink.