Getting to Know You: K.A. Laity

K.A. Laity take time out of her busy writing schedule to spend some time talking to us about her work today.
Tell us about your latest piece of work.
I have two: “Horse Clock” is a slightly surreal tale of clock hands and an Egyptian god. “It’s a Curse” is one of the tales of Roman Dalton, the werewolf P.I. created by Paul D. Brazil. I give Roman a whole lot of trouble and two women. 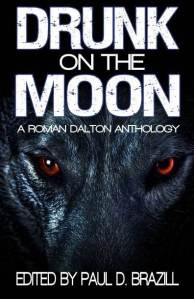 What do you like most about writing? What do you dislike (if anything)?
I dislike the paperwork. Other than that, what’s not to love? Making things up, living lives you wouldn’t otherwise have? It’s grand, sure it is.
What inspires you to write?
Everything. Quite literally: “Horse Clock” came from the actual clock on my mantelpiece. “It’s a Curse” was inspired by Mr B’s wonderful creation and a song by the Fall. I get ideas from everywhere. I wish I could auction them off because I have too many to use up in six lifetimes.
Do you find time to read, if so what are you reading at the moment?
I spend most of my time writing, but since I’ve been traveling the last few weeks, I’ve had time to read Graham Joyce’s SOME KIND OF FAIRYTALE which was just marvellous, and some crime collections OFF THE RECORD, BEAT TO A PULP and Mr B’s SNAPSHOTS, all swell. Good horror stuff I read on the train to Dundee: Dana Fredsti’s PLAGUE TOWN and Sarah Pinborough’s THE LANGUAGE OF DYING.

Which author(s) has/have had the biggest influence on your writing?

So many! Everything from Beowulf and Chaucer, Christopher Marlowe and Aphra Behn, Jane Austen and Charlotte Brontë, Dashiell Hammett and Anaïs Nin, Kingsley Amis and Angela Carter and many more.
If you weren’t a writer, what would you be doing?
Probably enacting my plan for world domination, so phew! I’ve had a lot of different jobs, seldom for very long. I get bored so easily.
What do you think are your strengths and weaknesses?
My strengths are probably dialogue and humour. My primary weakness is that I’m incredibly lazy. I know people who will go through many rewrites and really polish their work. I let my editors do their job because I’m always interested in getting to the next story. 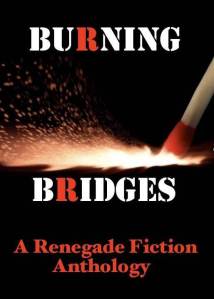 What are you working on at the moment?
I’m working on my alter ego’s follow-up to CHASTITY FLAME (a sort of female James Bond), a couple of crime short stories and a new novel that’s a kind of ghost story. I also do a weekly serial, AIRSHIPS & ALCHEMY (kalaity.blogspot.com).
Where can we find you online?
My website www.kalaity.com will lead you to everything else including the blog, Facebook, Twitter, Goodreads and whatnot. Some free reads and interviews, too.
Do you have any advice for aspiring writers?
Shut up and write. Really — people are always telling me about their great ideas. If they were that good, they’d be writing them.
What’s been your proudest moment?
Hmmm, maybe getting the Fulbright Fellowship. Not just because it gave me a great year in Ireland, but also because it was the first thing I’ve done that my parents thought impressive. Either that or having a stick insect named after me!

This entry was posted in Author, Getting to Know..., Writers and tagged read, reading, stories, story, write, writer, writing. Bookmark the permalink.

One response to “Getting to Know You: K.A. Laity”