Guest Post: Graham Wynd on Noir in the Desert.

I’m really happy to have Graham Wynd on the blog today to talk about an unusual setting for noir… Please feel free to comment beneath the post. Thanks again to Graham for being involved.

Noir in the Desert.

My story ‘Bonkers in Phoenix’, published in Rogue by Near to the Knuckle, steps outside the usual noir sort of setting. When you think noir, you think darkened city streets, rain falling incessantly and tough men and women skulking in the shadows of doorways as neon signs flash through the murk of the evening. There might even be a little fog hovering around. 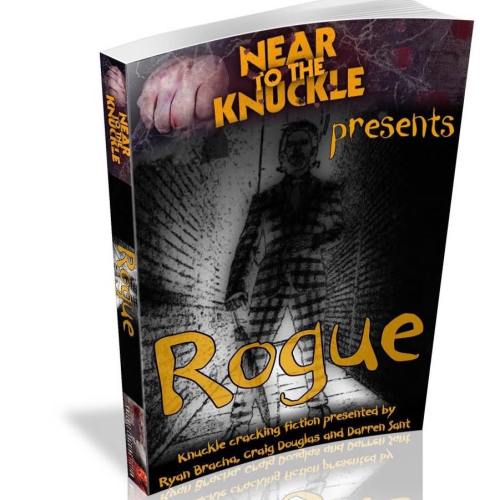 But the desert isn’t without precedent as a noir setting.

All the way back to the classics like Ida Lupino’s Hitch Hiker, a low budget noir that sweats through the Sonoran desert on the Mexican border, finding all the shadows that the bright sun brings (she was a genius after all) and then there’s Dorothy Hughes’ Ride the Pink Horse, that got the movie treatment, too. It takes place in New Mexico, but it’s got a the weight of the mythic past of the desert, an inexorable weight that spells doom for anyone who tries to face it. Sailor learns that power as he hunts down the Sen.

Who can forget A Touch of Evil, with Welles’ tour-de-force opening tracking shot that seems to go on forever—alas, if only it didn’t have Charlton Heston playing a ‘Mexican’ in a perma-tan, because it’s got Welles himself hamming it up large and the one and only Marlene Dietrich stealing the film.

In more recent times, Robert Rodgriguez has brought the thrill back to the desert with From Dusk ‘til Dawn and of course Once Upon a Time in Mexico, which have stolen the western back from the spaghetti westerns of Italy, putting them into a thoroughly modern context.

Maybe the ultimate desert noir these days is the Coen brothers’ No Country for Old Men. The relentless Chigurgh stalks the wide open spaces, meting out his own idea of vengeance at the flip of a coin. The baking sun of the desert becomes oppressive, a trap—leaving you exposed and vulnerable.

The desert of “Bonkers” is the strip mall ugliness of suburban sprawl. The two strippers at the start just get fed up with the boredom their go-nowhere life offers. So they go a little bonkers and do the things that make life more exciting if dangerous. I haven’t been to Phoenix in years, but I hear the stripmall-o-rama has got worse. The endless strips of hair-nails-tanning places, endless parking lots baking in the sun, and tacky tourist trade trying to capitalise on the people passing through continue to thrive.

Sounds noir enough for me. Check out Near to the Knuckle for all kinds of hard-hitting, hard-boiled stories, especially ROGUE, their second anthology, which includes my story.

Is it hot in here?

3 responses to “Guest Post: Graham Wynd on Noir in the Desert.”