Tess Makovesky and I have been social media friends for many years and 2016 was the year I finally got to meet her. I was lucky enough to spend some time with Tess during Crime and Publishment. Tess also appeared at Noir at the Bar NE #2 to great acclaim.

I’m thrilled to host Tess on the blog today for her to review her tremendous 2016 with us. 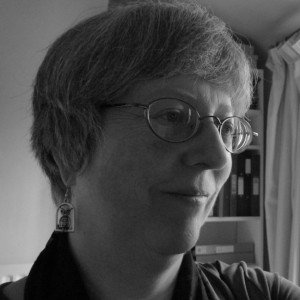 Do you have a favourite memory professionally from 2016?
Without a shadow of a doubt, the publication of my book ‘Raise the Blade’ by Caffeine Nights.  It was a real ‘dream come true’ moment – a book that I’m genuinely proud of, published by my dream publisher.  What’s not to like?! 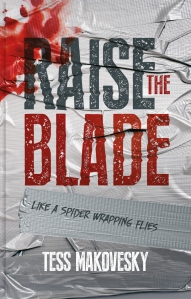 And how about a favourite moment from 2016 generally?
It’s going to sound silly, but probably seeing the cupcakes for my book launch for the first time.  The cakes, made specially for me by Shirley of J’aime Cakes in Kendal, had either a tiny ‘Raise the Blade’ book cover, or a picture of a knife with fake ‘blood’, on top of them, and looked absolutely stunning.  You can see a picture, taken by my friend Barry Henderson, here. 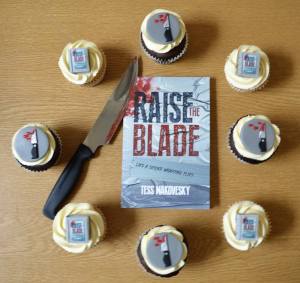 Favourite book in 2016?
I’m not allowed to say my own, am I? Heh.  Failing that, it’s probably a toss-up between Michael J Malone’s ‘Bad Samaritan’, a dark psychological detective novel with a real sting in the tail, and Paul D Brazill’s collection of short comedie noir short stories ‘The Last Laugh’, which really did give me a laugh.

Favourite film in 2016?
Again, two stand out.  The first is ‘Bridge of Spies‘, a thoughtful re-telling of the Gary Powers story with a knockout performance by Mark Rylance as the old Russian spy eventually swapped for Powers.  The second, dare I say it, is ‘Hotel Transylvania 2‘, which is just sheer silly knockabout fun!

Favourite song of the year?
I’m going to be annoying here and say ‘Brain Damage’ by Pink Floyd, simply because it helped to inspire ‘Raise the Blade’.  I’ve always loved the lyrics (the brilliant Roger Waters at work), and there are all sorts of references to them hidden away inside the book.  Hats off to anyone who can spot them.

Any downsides for you in 2016?
It’s been a strange year in many ways, with too many heroes no longer here and far too much intolerance in the world.  And being two cars back from a fatal accident a few months ago was pretty sobering.  But overall, I think the good outweighs the bad – and if not, we have to make sure it does.

Are you making resolutions for 2017?
Only to keep writing, but then I always make that resolution – and usually manage to stick to it!

What are you hoping for from 2017?
I’d love to have another book published.  I have one currently in submission but will have to wait and see if the publisher likes it enough to go ahead.  I’m keeping my fingers crossed.