Today we’re joined on the blog by the lovely Sandra Ireland who’s here to review her year. I know it’s a funny time of year – the week between Christmas and New Year – so thanks to Sandra for taking the time to appear on the blog. 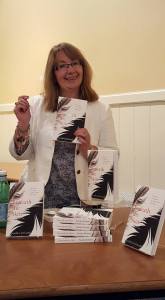 Do you have a favourite memory professionally from 2016?
I suppose everyone says ‘The Book Launch’, which is absolutely true! Mine was in St Stephens, Stockbridge, and hosted by a wonderful indie bookshop, Golden Hare Books. My publisher Polygon selected this venue as my novel Beneath the Skin is set right around the corner! But I have so many great memories of 2016, including being invited to take part in Bloody Scotland’s ‘Spotlight on Crime’ event.

And how about a favourite moment from 2016 generally?
2016 has been a BIG year. In April, I was a awarded Creative Scotland funding to undertake a year-long creative residency at NTS Barry Mill, Angus, and in May my son Jamie married his lovely girl, Lizzie, at the Mill. The ceremony took place beneath a gorgeous old apple tree. Not a dry eye in the place! 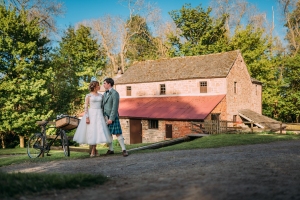 Favourite book in 2016?
So many to choose from. At the moment I’m reading Donna Tartt’s ‘The Goldfinch‘, after seeing the painting in Edinburgh. Such a beautifully-written novel, and that sense of place bestowed by basing it around an actual artefact: brilliant! I’ve tried to do something similar with by second novel, which is set in a fictional version of Barry Mill. I love the idea of literary tourism.

Favourite film in 2016?
Tricky. I’m not a fan of anything connected with ‘Star Wars‘ or action/ adventure/ superhero stuff, and I don’t like all the hype surrounding cinema releases. I’m a rather-read-the-book type! I did enjoy ‘Sunset Song‘ last year, but I guess that doesn’t count! This year I went to see ‘Room‘, and ‘The Girl on the Train‘ which were both just okay!

Favourite song of the year?
I’m a big Nick Cave fan, so I would have to say that my go-to song for a bit of Gothic writing inspiration is his ‘Red Right Hand’. Since it’s the theme for Peaky Blinders (beautifully-written) I think that qualifies it to be included in my 2016 highlights!

Any downsides for you in 2016?
Mainly family stuff. I suppose bright light casts a long shadow, and alongside the good fortune of having my book published are the things that can’t be helped but must be endured. My father is nearly 93 and doesn’t keep well. However he’s doing okay at the moment. My younger son, Calum, is in Australia and managed to come back for the wedding. Neither of them made it to the book launch, which was sad but unavoidable. I missed them both.That’s the writing life – it’s a strange career choice; you just have to write through the downsides of life.

Are you making resolutions for 2017?
I like to see what the Universe has in store for me – I like to be led by my intuition, so no resolutions for me. Too much like taking control! I do have goals, though.

What are you hoping for from 2017?
I hope to get my second novel published, and to build on the other strand of my writing life which is as a tutor/facilitator. I’m about to start working with Tayside Healthcare Arts Trust on a creative writing project at a local Macmillan Centre. I love the idea of well-being through the arts, so I’d like to do more of that in the New Year. I’m hoping for lots of good health, energy, enthusiasm and tolerance in 2017!

Thank you so much for sharing this space with me! Wishing yourself and all my writing friends every success and help from a friendly Muse in the New Year!