Today’s 2017 reviewer is Jennifer C Wilson. A prolific member of Elementary Writers, Jen has had a very successful year professionally speaking so I’ll let her tell you all about it.

My thanks to Jen for being not only a pleasure to work with this year but a great friend. 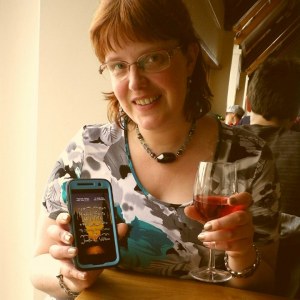 Thanks for inviting me onto the blog today – and thanks for all your support this year; it’s been invaluable.

Do you have a favourite memory professionally from 2017?
I think it has to be the launch of Kindred Spirits: Royal Mile in town. For Kindred Spirits: Tower of London, it was lovely to have the online launch, and see friends in the pub afterwards for a couple of celebratory drinks, but to have an actual ‘event’ this time around was incredible. I was amazed at how many people came along, and seeing the books piled up (and then see those piles reducing) was the best feeling. Actually, that’s wrong. Having a queue of people waiting for me to sign copies of those books was the best feeling. Truly unbeatable, and absolutely addictive! 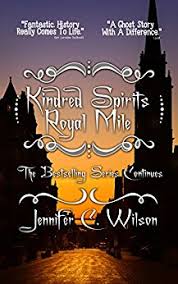 And how about a favourite moment from 2017 generally?
Daft as it might sound, it was arriving in Oban, in September. It’s been a bit of a crazy year from time to time, but looking out across the bay, and breathing in that sea air, was fabulous. I’ve loved Oban since I was little, visiting for so many holidays, and I’ll never get bored of sitting in the apartment, watching the ferries and other boats come and go. This year, as well, the peace and calm was perfect for getting some more words into the WIP, and coming up with an idea that’s been muddling around my brain for a while.

Favourite book in 2017?
I’ve been really lucky this year, having signed up to take part in some blog tours, to read some great fiction, after being away from it for so long. My favourite has been Watch for me by Moonlight by Kirsty Ferry. This is a timeslip romance, and I signed up because I was keen to see how other people had tackled the genre, and I absolutely adored the story. 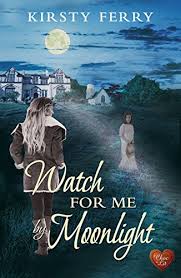 Favourite film in 2017?
I’m no film-buff – I rarely go to the cinema. But, the film I have enjoyed most this year has been Paddington. I really have to be in the right frame of mind to sit down and watch a whole film in one go, especially one I don’t know well, but my parents had decided to watch it, and I thought ‘why not?’. Turns out it was a good decision – it was a cracking film, good fun, and even happened to feature one of my favourite actors in a random cameo! And, I saw it just in time to go and see the second one!

Favourite song of the year?
I really wish I was cooler sometimes – if it doesn’t make the Radio 2 playlist, I won’t know it. Having said that, I’ve always been a sucker for a good earworm, and the one which really got to me this summer was Reggaetón Lento from Little Mix. It seemed to be everywhere I went this year.

Any downsides for you in 2017?
Not enough time! I suspect all writers feel like that, but this year my brain seems to have gone into overdrive, and is swimming with ideas, but I have so little time to write them all down. But this last month seems to have turned a corner, and I’m managing things a little better.

Are you making resolutions for 2018?
Absolutely. Firstly, I intend to get as many ideas down on paper as possible. Not in full, but as ‘something’ at least, a synopsis or a sketch idea. At least this way, when I do have time to sit and write, I already have a plan of sorts, and I can work to that.

In terms of projects, I’ve really enjoyed self-publishing The Last Plantagenet? this year, and have a couple of ideas which have been nagging at me along a similar, timeslip line, so I think I will try and publish another one in 2018. I’ve been wanting to write about an abbey and a white stag for years, and have finally had the idea that brings them together, so fingers crossed! Speaking of abbeys, I’m really hoping that the next Kindred Spirits novel can make an appearance too… 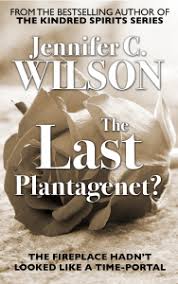 What are you hoping for from 2018?
More of the good stuff from 2017, and less of the worry. This may be asking too much!

Jennifer is a marine biologist by training, who spent much of her childhood stalking Mary, Queen of Scots (initially accidentally, but then with intention). She completed her BSc and MSc at the University of Hull, and has worked as a marine environmental consulting since graduating. Enrolling on an adult education workshop on her return to the north-east reignited Jennifer’s pastime of creative writing, and she has been filling notebooks ever since. In 2014, Jennifer won the Story Tyne short story competition, and also continues to develop her poetic voice, reading at a number of events, and with several pieces available online. She is also part of The Next Page, running workshops and other literary events in North Tyneside.

Jennifer’s debut novel, Kindred Spirits: Tower of London, was released by Crooked Cat Books in October 2015, with Kindred Spirits: Royal Mile following in June 2017. She can be found online at her website, on Twitter and Facebook, as well as at The Next Page’s website. Her timeslip historical romance, The Last Plantagenet? Is available for download from Amazon.

Posted in End of Year Reviews, Review of 2017