Suzie Tullett is someone I’ve “known” online for several years but never met in real life. I know the internet – and social media – can be used for nefarious things but the thing I do love about it is that it connects people with similar interests.

It sounds like Suzie has had a great year, here she is to tell us more about it – thanks Suzie!

Do you have a favourite memory professionally from 2017?
2017 has been a wonderful year for me professionally. I’ve set up an ‘Essentials of Novel Writing’ course, which is doing very well, I was invited to become a mentor for Salford University on their Industry Advice Scheme, and I also became a contributor for a monthly journal based here in Brittany, France. I’ve also set up an RNA chapter for novelists based in Brittany. However, the one thing that I cherish the most from this year, is the offer of a three book deal with Bombshell Books. The elation I felt when I heard that they didn’t just want one title, but three! I’m working with a fantastic team and six months on I’m still smiling.

And how about a favourite moment from 2017 generally?
That has to be the birth of my first granddaughter. She’s such a beautiful and happy little poppet, with the most stunning, big blue eyes.

On a cold dark February morning. Chris and Leah Hills stop for coffee at an isolated service station a stone’s throw from the Welsh Borders. While Leah heads inside, Chris locks the car and goes in to order them a drink. She shouldn’t be long, after all they’ve only stopped to stretch their legs. Minutes pass. Chris waits and waits, but Leah doesn’t come back.

I don’t usually read thrillers, but having glanced at the cover blurb I immediately wanted to know what had happened to poor Leah. I read it in one sitting, that’s how much Leah’s story grabbed me. It’s a book I’ve been recommending since.

Favourite film in 2017?
Kingsman: The Secret Service. I watched this for the first time a couple of months ago and loved it. It’s funny, has a great cast, and some fabulous action scenes. I’m really looking forward to the sequel, although not being a cinema goer, I shall probably wait for the DVD.

Favourite song of the year?
That would be Rockabye by Clean Bandit, featuring Sean Paul & Anne-Marie although there isn’t a Clean Bandit song I don’t like. I love the range of instruments they use, especially the cello, and their lyrics are beautiful. They tell a story.

Any downsides for you in 2017?
Thankfully not. 2017 has been a fabulous year for me both professionally and personally. 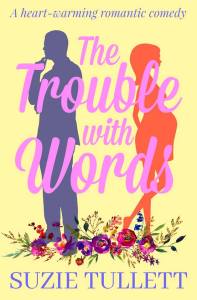 Are you making resolutions for 2018?
Just to keep doing what I’m doing. Writing books, reading, teaching, and, just as importantly, enjoying life and all it has to offer.

What are you hoping for from 2018?
I’m hoping to have my fourth novel finished by the end of 2017, ready for publication in 2018. Although any actual release date is for Bombshell Books to decide. And I already have an idea for Book number five which I can’t wait to get stuck in to.