Today I’m delighted to be taking part in the blog tour for ‘End Game‘ by Matt Johnson. Matt’s debut ‘Wicked Game‘ was nominated for the CWA John Creasy Dagger award and his Robert Finlay series is shaping up to be a favourite of readers thanks to Matt’s real-life experience feeding into his writing.

My thanks to Orenda Books and Matt for allowing me to be part of this blog tour. 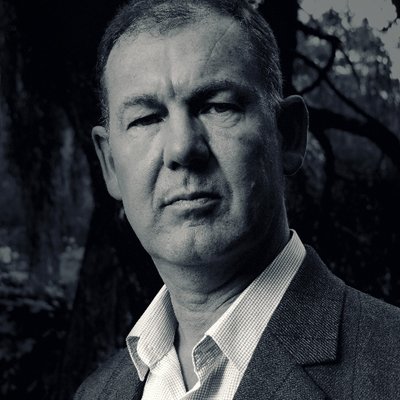 Matt Johnson – Ten things you didn’t know about me.

1. I play the guitar. As a teenager I played in a band that gigged in local pubs. We mainly did David Bowie covers as our lead singer looked and sounded like Bowie. Deciding that we needed a second singer, we auditioned. The only applicant didn’t play an instrument and, at the time, didn’t sing too well. We turned him down. His name – Simon Le Bon.

2. I keep bees, having become fascinated watching a bee keeper at work and deciding five years ago to have a try myself. I enjoy the hobby, even if monitoring my sugar levels means limiting my consumption of the resulting honey.

3. I scuba dive, having done the PADI courses up to advanced level some years ago. I’ve now over 100 dives under my belt including in the Red Sea and Malta, as well us home waters off Cornwall and the south coast. One of my favourite dives was Lundy Island where we swam with the seals. A wonderful experience.

4. I walk every day – in the Welsh hills with my dogs. I used to have four but sadly, two passed away during the last year. I find walking to be very relaxing as well as good exercise. Now that I’m writing, it’s also the time when I mull over and come up with ideas, so I always carry a digital recorder to help remember thoughts.

5. My mother and father were great friends with Leslie Thomas, the author of Virgin Soldiers and The Tropic of Ruislip. I used to walk to infant school with Leslie’s daughter, Lois. Again, rather sadly, with both my father and Leslie now no longer with us, I won’t get the opportunity to celebrate my being published with them.

6. I once played rugby for London Wasps. I say once, as it wasn’t a great experience. I was at school when our PE teacher – who was Wasps fly half – took a few of us young lads to help as Wasps were short. We donned the black and gold kit and turned out, only to be smashed to bits when put up against men who were much stronger and more experienced than we were. It really was a case of men against boys. The next time we were asked, not a single one of us said yes.

7. With my former wife, I used to run an animal rescue specialising in cats and dogs. We started it after I left the police and, over the years, we found new homes for many thousands of abandoned and stray animals. Spiritually, it was very rewarding work but extremely demanding.

8. As a soldier and police officer, I trained in the use of many vehicles. I completed a number of driving courses for both cars and motorcycles and, even now, my love of them continues. For pleasure, I drive an old Jaguar XKR and a ’99 Harley Davidson Fatboy. Although trained and qualified to drive fast, I have a family reputation as a bit of a slug. I tend not to rush, following the adage that nothing is so urgent as to justify an accident. I’ve seen what happens to people when they crash at speed and that tends to have a sobering effect on your own driving.

9. I’m patron to two charities, The Armed Forces Bikers and Forces OnLine. Being a patron to them is an incredible honour and I’m more than happy to do what I can to help both of these fundraising charities.

10. And probably of least interest is the fact that I collect hats. And I’m not talking just a few. It started during my Army service and continues now. I even wear some of them. I include in my collection a Foreign Legion Kepi, a WWII Tommy helmet, an Australian Akubra and a Russian Submariner officer foxfur hat. Many of the hats used to be displayed on a wall until a house move confined them to boxes where many of them sadly remain.