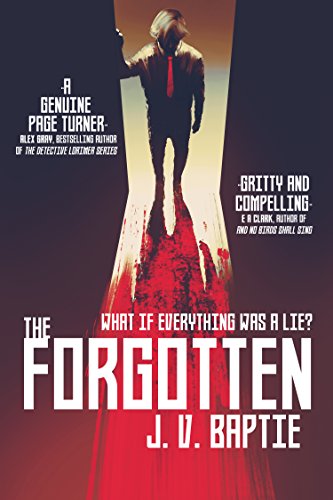 I’m delighted to be taking part in this #LoveBooksGroup blog tour to mark the e-book release of ‘The Forgotten‘ by J.V. Baptie. I was lucky to host J.V. at Noir at the Bar Newcastle earlier this year and the excerpt she read that evening left many of us desperate for more.

My post today gives you a flavour of the book and of its main character, DS Helen Carter. I hope that you’ll be as intrigued by ‘The Forgotten‘ as I was.

In Edinburgh in 1977, newly-promoted but unwelcome Detective Sergeant Helen Carter is tasked with investigating a murder in an abandoned picture house.
The killer has left a clue: the business card of an former cop.
Helen must piece together the case before the bodies mount up around her, and before the killer strikes closer to home…

The Forgotten is a crime fiction thriller set in and around Edinburgh and Glasgow in Scotland during the 1970s, a fascinating and somewhat overlooked era in Scotland.
For much of this decade there was rising unemployment, social change, picket lines, crime and murder: plenty of inspiration for any crime novel. Poverty was rife in Scotland on a scale unimaginable today, with many families living in rat-infested one-bedroom tenement slums. Let’s not forget the strikes and the three day week.

It wasn’t all bleak during the 1970s. For my main protagonist, Helen Carter, it’s a time of hope, opportunity and social freedom that earlier generations of women couldn’t have imagined – and Helen wants to live it. Throughout her life she has found herself at the pinnacle of change. She was degree-educated at Glasgow University, played football at the time when the Scottish Women’s Football Association was founded and eventually got to play in the first Women’s League.

After university, Helen found herself in dead end jobs but, tiring of these, she decided to follow her father’s footsteps into Glasgow City police as a WPC, then gains a promotion afterwards.

Glaswegian Helen is still finding her feet in Edinburgh but on a rare occasion she’s on a day off you might find her shopping in Goldbergs, or meandering along Princes Street, or having a quiet drink in the White Cockade. If there’s a good gig on she’ll be at one of the many dance halls.

About J.V. Baptie,
Author of The Forgotten. 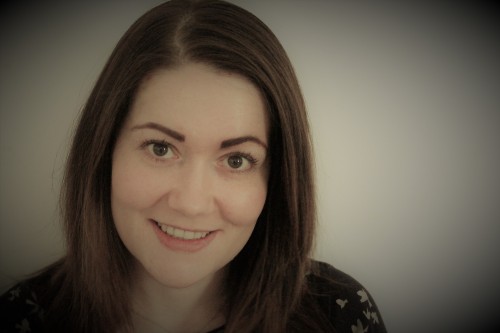 J.V. Baptie graduated from Manchester Metropolitan University in 2017 with an MA in Creative Writing. When she’s not writing, she is also an actress and has appeared in a variety of children’s shows and stage plays. You can find out more about her on Twitter and Facebook.