Lots of people don’t realise that although you may see work by a certain author on the bookshelves in your favourite shop, many writers still hold down a day job in addition to penning their next novel. In this series, we talk to writers about how their current – or previous – day jobs have inspired and informed their writing.

Poet Neil Fulwood is here to share his experience of work and writing with us. My thanks to Neil for taking the time to tell us how work has affected his life as a writer.

My grandfather was a miner; my dad ran his own haulage business. It’s not a matter of record whether granddad liked his job or not, but he was definitely a grafter. Dad subscribed to a “dignity” of work philosophy that wouldn’t have been out of place in a Nevil Shute novel. In three generations of Fulwoods, I was the odd-one-out.

In my late twenties, I came across a Raymond Carver poem with these lines: “… this much is still true – / I never liked work. My goal was always / to be shiftless”. I’d been putting in the nine-to-five for a decade at that point: I’d worked as an admin assistant, a receptionist and an estimator for a firm that made road signs. Even with the benefit of longevity and a minor tendency to hagiography, I wouldn’t file any of them under “job satisfaction”.

My first job ended in redundancy after four years. I’ve been downsized several times since then. The “job for life” of my father’s generation is a thing of the past. I’ve quit a couple of jobs of my own accord – one with a financial services firm as a matter of conscience, one at a training company after I was threatened with violence and wasn’t convinced that effective safeguarding was in place.

I’ve never really had a career path or any professional goals. Work was simply an act of pragmatism: there was board to pay, then rent, then a mortgage; a car to run; food to put on the table. Debts to pay off or holidays to save for. Beer money. Bookshops. If one job ended, I temped till another came along. To date, I’ve worked in the manufacturing and retail sectors, financial services, training and healthcare. The same culture of mismanagement, office politics and grassroots employees treated as cattle has been prevalent in all of them.

Some folk succeed in dodging what Larkin called “the toad work” and I have friends and colleagues who deplore these people as spongers and scroungers. But if I’m being perfectly honest I quite admire those toad-avoiders. That I’ve never managed to join their ranks says something about me, though I’m not quite sure what.

While I’ve seldom enjoyed work – the one job I had that I genuinely engaged with ended in redundancy after just a couple of years – it’s given me material. For a while I held off writing poems about office life, convinced that paperwork and poetry weren’t a good match. Then it occurred to me that no-one was documenting the white collar whereas the blue collar experience had champions of such stature as Fred Voss and Philip Levine, and the toad-avoiders had Raymond Carver and Charles Bukowski on their side. 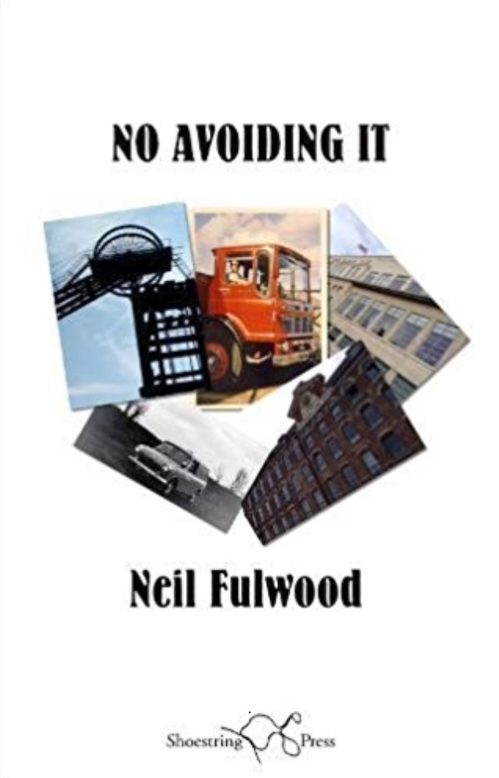 I found my voice as a poet in my mid-thirties – I’d written during my teens and early twenties, but what I produced was shallow and derivative – and by the time I published my first collection, No Avoiding It (Shoestring Press), at the age of 45, poems about work accounted for a third of its content. In a review published in The Morning Star, Andy Croft noted that I was “especially good on the mental slavery of contemporary work”.