Today it’s my pleasure to host husband and wife team R.C. Bridgestock as part of their blog tour for ‘Poetic Justice’, the prequel to the DI Jack Dylan series.

With almost fifty years of police work between them, Bob and Carol received a number of professional accolades and have translated their experiences into a series of novels as well as consulting on several high profile crime dramas.

With their DI Jack Dylan series due to be reissued by Dome Press this year, Bob and Carol have graciously given their time to us today to talk about the identification process. My thanks to them both and to Dome Press for allowing me to be involved. 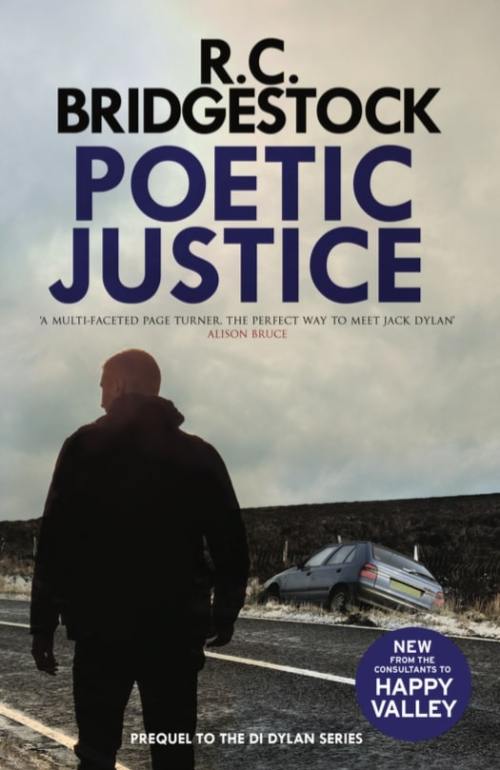 The identification of an offender is a key aspect of any criminal conviction. The identification may be done by the victim of the crime, and/or witnesses – if there are any available. The concept of an identification parade, or “ID parade” as it is best known, is to test a witnesses ability to identify someone they have seen previously – typically at the time of an incident.

If someone can be identified as the offender, this will be one of the first pieces of evidence used in a criminal trial, with both the victim and any witnesses required to repeat the identification in front of the court.

For an investigator, finding a witness or witnesses is very important; especially one who can recall events and recognise suspects.

However, from experience we are aware that witnesses can be highly convincing, but sometimes wrong. Oddly enough others can forget what is obviously visible such as a facial tattoo on an offender, but yet still identify them, and only remember at a later date about the tattoo that might be significant to their identification. Our brains, it appears, will only register so much in a short time frame.

The police identification procedure changed dramatically during our time at West Yorkshire Police, the fourth largest police force in the country. The traditional method of identifying an offender was to use a police identity parade. This involved the suspect being requested to line up alongside others of similar height and appearance, with either the victim or witness able to view the line-up from behind a screen. Often the potential suspects would be required to repeat a sentence that the victim or the witness will have heard. This would enable the victim or the witness to identify the offender both by sight and voice.

During an identity parade, it would usually be the case that the police were aware of whom the suspect was, due to their investigations, and the ID parade would be used simply as confirmation that the suspect was in fact the offender. A line-up must consist of five people, plus the suspect. If circumstance permit it is ideal to have six, seven or eight others. The more that are present tests the witness further.

But, did you know that the suspect can refuse, at any time, to take part?

No longer these days does a police officer go out onto the streets and ask people to take part in a ‘line up’ – often those willing to partake in an ID parade would typically be hard-up students and those out of work who would get a small amount of money for their time.

Often we (the police) were unable to round-up enough lookalikes. For example, he might have a moustache, or a beard so the volunteers may be asked to wear fake facial hair. Wouldn’t this impede the recognition of the offender by the witness you may ask? One thing someone is unlikely to not recognise is a fake moustache or a beard? The police officers of the time had to work with what they had, and sometimes that was very little. The whole procedure was very time consuming and could be costly. How much do you think half a dozen false beards might cost?

No longer does the victim or a witness have to ‘walk the line’ and touch on the shoulder, the person they think they’d seen at the time of the incident. This was highly likely to cause emotional issues for victims and witnesses. There was potential for police interference and concerns for the safety of those taking part in the line-up.

No longer can the offender change places on the line, or change clothing after each witness walked by.

No longer can the suspect reject a person chosen on the parade because they aren’t a ‘lookalike’ in their eyes.

In 2003, a digital system called VIPER was introduced for the visual identification of suspects. The bespoke computerised system – ‘Video Identification Parade Electronic Recording’ – was originally established by West Yorkshire Police, the force in which Bob and I collectively spent 47 years. This became the National database. Approximately 20,000 identifications are carried out each year using this highly successful system.

How does this work?

Images of lookalikes to the suspect are viewed on a computer screen – no longer do victims or witnesses have to suffer intimidation by the suspect being present. If the offender is convicted then his or her photograph will be on the database.

In our experience, potential witnesses from the yesteryear would typically say after taking part in an ID parade. ‘I think it was No.6, but I couldn’t be one hundred per cent sure.’ More often than not annoying for me, the police officer, the witness was right but the identification for the sake of the enquiry had failed.

An Inspector would control the parades, and the defence solicitor for the prisoner would be present to ensure no foul play. 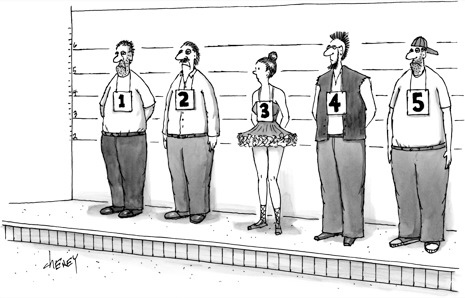 How good is our own personal recollection and sight? Do you think you could identify someone that you had stood next to you in a shop today?

Quality CCTV has proved time and time again how it can assist in the detection of crime.

However, did you know people don’t always admit it’s them on CCTV. I can’t recall how many times I’ve heard. ‘Not me!’ And even when the footage has been shown to a parent and the offender is told that they have confirmed the image is of their son/daughter, they will still deny it’s them and often with a, ‘Prove it!’… So of course we do.

Sometimes this can be done by distinctive clothing, facial scars, tattoos and hairstyles but also by a technique called facial mapping where experts using measurements match the person to the video.

Facial recognition is still in its early stages but is being trialled by the Metropolitan Police. This is a very clever and important tool that will revolutionise our ability to get extremely quick intelligence about someone in a crowd who is wanted by the police, so the police can take whatever action they need to.

So if you witness something and are asked by the police for your help, please don’t hesitate to become involved. It may be a test of your recollection ability, and make you more aware of what is going around you in the future, but it’s so much more than that. You are helping to stop someone getting away with a crime. Don’t worry, your evidence isn’t the only evidence that will render the suspect guilty but, along with other substantial evidence, it might be the piece of the jigsaw that is missing to use as the ‘belt and braces’ of the case.

Voice recognition and handwriting can also be used to link people to a crime.

Of course, the well-known resource used today is the formidable technique of DNA – ALL resources available in the detectives toolbox are used to gather ensure a conviction.

However, it’s the SIO who is the person in charge who makes these decisions – people like Bob. 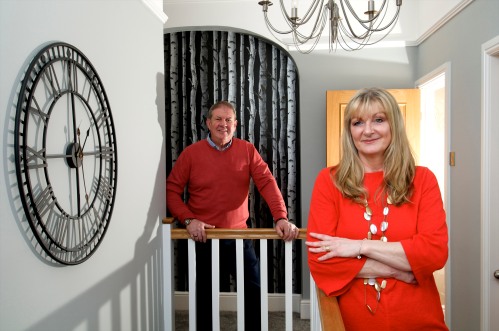 When Detective Jack Dylan heads home after a residential course, he has no idea that an extraordinary succession of events is about to turn his life upside down. A vicious, unprovoked attack is just the start. Soon his wife is dead and his step-daughter – dangerously depressed – is being expelled from university for drug use. And at work, two teenagers have gone missing.

An ordinary man might break under the strain, but Dylan is no ordinary man. He knows that his survival depends on him carrying on regardless, burying himself in his work.

He is determined to pursue the criminal elements behind the events – both personal and professional – whether his superiors like it or not. And, as his family disintegrates around him, a newcomer to the admin department, Jennifer Jones, seems to offer some sort of salvation.

Life may have changed, but nothing will stand in the way of Dylan’s quest for justice.

Although Jack Dylan has an established fan base, this was my first foray into the series and it definitely won’t be my last. It’s obvious to see why R.C. Bridgestock are story consultants on ‘Happy Valley‘ and ‘Scott and Bailey‘.

I whipped through ‘Poetic Justice‘, unable to leave the compelling characters alone. By weaving Dylan’s personal narrative alongside an ongoing criminal investigation, there’s plenty for the reader to be invested in. Bridgestock’s experience in West Yorkshire Police shines through – you can tell that Dylan’s difficulties in juggling police work and home life is based on experience.

This is a realistic portrayal of police life within a domestic setting. ‘Poetic Justice‘ has truly hooked me on Jack Dylan.